A blues masterpiece, a live record that inspired the 60's blues revival in England. From the Rolling Stones and Animals to Led Zeppelin. In less than 35 minutes, we have a perfect overview of the rock ground.

The soundtrack of the new, restored and coloured version of the trip to the moon - one of the oldest silent science fiction films - is fairy. All the AIR instruments are here (synthesizer, mellotron, piano) but also an unusual rythmic section (timpani,bass and percussions) that raise the sound far from Earth.

The swedish psychedelic/blues/stoners Blues Pills have everything a band needs to grow and reach the top. A gorgeous singer, three gifted musicians, a smart marketing and distribution by metal label Nuclear Blast and a psychedelic artwork. Their first album will be certainly a milestone of the 21st century european rock. 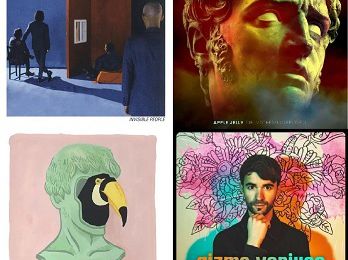